In July 2010, Fouad Khoury Hospital and Abdel Aziz Medical Center became part of the Bikhazi Medical Group Holding, also known as BMG. The establishment of BMG is part of the overall refurbishment and institutionalization of this medical center, a landmark in the heart of Ras Beirut.

Foaud Khoury Hospital & Associates S.A.L was established in 1957 by Dr. Fouad Khoury in an apartment lose to his residence in Wardieh area. In the early days as it was a common practice, Dr. Khoury used the clinic for minor Gynecological procedures and deliveries. In 1960, Dr. Fouad Khoury moved the premise of the hospital to its actual location, (Abdul Aziz Street, Maktabi Bldg.). This building was originally the MEA headquarters, before moving to the Airport and Gefinor Building.

In 1975, when hostilities broke in Lebanon, Dr. Fouad Khoury closed the hospital and moved to live in Paris for security reasons. During the ensuing months of war, the American University of Beirut – Medical Center (AUBMC) was extensively serving as a field hospital for the fighting factions. Many times, it even became difficult to admit a civilian emergency from the region of Ras Beirut to the American University of Beirut – Medical Center. At that time, a group of physicians from AUH faculty took the initiative to reopen the hospital for the purpose of serving the Lebanese community in such harsh times. Dr. Khoury expressed interest in selling the hospital as he had decided to retire and live in Paris.

From 1976 till 1984 the hospital was catering for all elective surgeries. AUBMC was overwhelmed with war casualties and emergencies, and had neither the place nor the staff to handle other cases.

During the civil war, on July 1st, 1984 Dr. Kamal Bikhazi, a general surgeon and AUB-MC faculty, took over the hospital to become its General Manager. His growing interest and affinity to this institution, put him in the lead at all levels and eventually to buy all the shares of the hospital. By end of 1984, he became the sole owner.

The hospital was originally a total of 37 beds. However, with the establishment of new departments and expansion of other ones the hospital held 25 beds for a period of ten years. It functioned with three operating rooms, one endoscopy unit, two private clinics, and a Laboratory department.

June 2005 was a turning point in the life of FKH. A series of events took place to put the hospital in a leading position in the healthcare market, as well as create an institution with full-fledged medical care.

FKH went through many renovations and enhancements until it took off a major renovation project in 2007. This project was essential for the hospital infrastructure as well as to expand. Hospital services were spread over the entire building with a state-of-the-art and well-designed medically-engineered plan. A major reconstruction project changed the path of the hospital and gave it an edge in its field. The renovation project includes a major comprehensive Operating Room ward, an Intensive care Unit, a very well-equipped and fully PACS, Radiology Department and fully comprehensive Laboratory set-up, a complete ER, a private clinic department and an Ophthalmolgy clinic setup, a friendly set up for Endoscopy unit and one day surgery unit. The hospital employs close to 200 staff members. Its medical staff and physicians are all American or equivalent-to board certified doctors.

In June 2010, Fouad Khoury hospital signed a Memorandum of Understanding with the American University of Beirut-Medical Center. In this agreement, the two institutions have formalized and officialized their previous and longstanding cooperation. 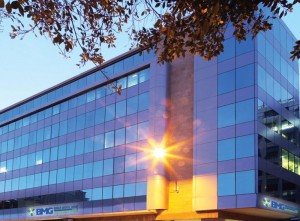 The mission of Fouad Khoury Hospital & Associates is committed to provide the community with the highest medical standards. We accomplish our unique purpose through a dedicated and highly qualified medical team. We also intend to maintain the highest ethical standards with our stakeholders. Our cost containment philosophy includes cooperation with neighboring medical facilities to avoid duplication of services.

As we look into the future, FKH foresees planned and continuous enhancements and improvement to provide a homelike, comfortable and safe environment. We want our organization to maintain its image as a healthcare facility where ethics and the human factor make the patient come first. FKH employees are professionals who provide services in an efficient and competent manner. The realization of this vision through continuous education will bring a fundamental impact on the healthcare sector as well as for the continuity of this institution.

Letter From the CEO

In 2010, Fouad Khoury Hospital was celebrating its Golden Jubilee. Throughout the years and despite the hardship Lebanon went through, we were able, not only to maintain but rather to develop this inst itution and evolve it to becoming a leading medical center, and a member of the Bikhazi Medical Group Holding (BMG).

The spirit of a hospital cannot be separated from that of the medical profession, both are based on serving those who are suffering from ailments or deformities.

In this vein, we feel it is our responsibility, as a hospital, with our medical and supporting staff, to serve our patients in a humane manner while maintaining high ethical and medical standards.

Our motto is to render our available services at the highest medical standard in a patient-physicians-staff friendly environment. We also thrive, and through our cooperation with adjacent facilities and loyal suppliers, to keep a reasonable cost-contained rate.

Letter From the Director

To our Dear Patients,

Fouad Khoury Hospital, member of Bikhazi Medical Group, is here to serve you.

On behalf of our entire Nursing and Medical team, Medical Director and all staff, we are here for you. Over the past half-century of existence, our aim and motivation are to provide the most advanced and up-to-date medical services with the warmest individualized care.

We always thrive to serve you with care and ensure the utmost safety for you. Fouad Khoury Hospital is accredited by the Lebanese Ministry of Health, and is affiliated with the American University of Beirut – Medical Center. The hospital is recently designed to perfectly fit all your medical needs and comfort. Our nurses are at your service.

We are proud to see the devotion of our staff and the trust of our physicians and patients.

In turn we are committed to maintain our efforts, to provide constant evolution in service.